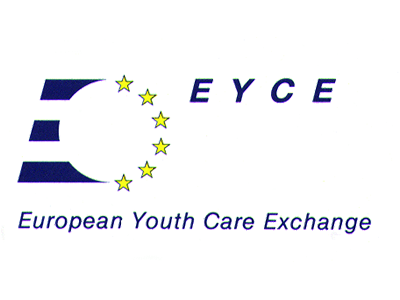 “I first met Sjoerd in 1989 when we were both involved in a project funded by the Commission of the European Communities and subsequently we became colleagues working for the European Youth Care Exchange Foundation, a charitable organisation based in The Netherlands.

Sjoerd exhibited a passion and desire to make a difference to disadvantaged youth across the continent of Europe and put his social work training to very effective use within the Project. He shone in a seminar environment and displayed great leadership and initiative., with an ability to capture his audience’s attention without difficulty. He was always a joy to be around and worked well with the adults in a professional capacity and with the youth who attended the exchanges. His ability to communicate at all levels became apparent to me at a very early stage in our working relationship.

Sjoerd and I worked on a number of different projects from the period 1990 to 1997 as we both undertook more responsibilities within the organisation. My original role as Finance Manager was superseded by my new role as Treasurer and Sjoerd became more involved in the organisation and strategic direction of the organisation sitting as a colleague alongside me on the EYCE Board.

In more recent years Sjoerd has taken his career in a uniquely different direction and, as we remained friends across the decades, he explained his involvement with Systemic Constellation Coaching and its ability to help resolve situations in both private and public life. I accepted his invitation to be one of his group’s first UK participants in 2012 and to experience first-hand the influence of the constellation work on my relationships with staff under my leadership at the charity where I was Chief Executive. I found Sjoerd’s ability to put me at ease in a totally alien environment was very reassuring and I put complete trust in him. I was completely satisfied with the outcome of the experience and returned to my workplace with a new perspective on the working relationships I had with my colleagues.

Based on my experience of the constellation work that Sjoerd and his organisation deliver I have recommended that he delivers a number of sessions here in the UK and I am currently in negotiations with a local business member organisation to facilitate that outcome.

Not only am I honoured and proud to have Sjoerd as a friend, I also have a huge respect for his work ethic and for his ability to deliver positive outcomes in whatever arena he works.

i wish him every success for the future.